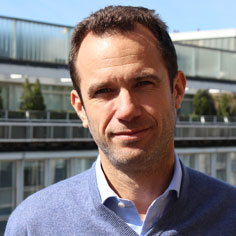 Our Founder and Chairman

Simon founded the Franks Family Foundation in 2006, after shifting his focus from business to philanthropy and international development. 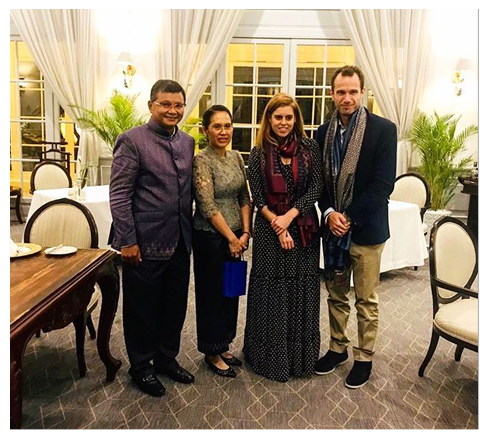 He is the founder of a number of successful businesses and an investor behind a number of enterprises including the first company in Europe to stream feature films over the internet. He sold his first business in 2000, to German public company, Helkon Media AG. In 2003, Simon co-founded and seed-funded Video Island / Lovefilm, Europe’s leading online DVD rental business. Lovefilm was subsequently sold in 2011 to Amazon Inc. Prior to selling it in October 2005, Simon co-founded Redbus Film Distribution (RFD), one of the leading UK film distributors. RFD had international success with films such as The Gift, Bend it Like Beckham, Maybe Baby and Good Night and Good Luck. It also produced a number of globally successful films. RFD was sold to the US studio Lionsgate Inc. Between 2000 and 2004, Redbus was the UK’s fastest growing company with a compound annual growth rate in excess of 280% and today still backs some of Britain’s most exciting companies.

Simon has won a number of awards for business, including the Sunday Times Fast Track award. In 2013, he was selected as one of the world’s 100 top innovators by British Airways and was part of the “BA Ungrounded” flight for the 2013 G8 summit.

In 2006, Simon switched his focus to philanthropic pursuits, establishing and funding the Franks Family Foundation (FFF) which he has worked full time for since 2010.

He is a member of the Cambodian Government Board overseeing NGS Schools in Cambodia, where he is also the International Chairman of The Lake Clinic. Simon is also an advisor to Tilganga Hospital in Kathmandu and Chairman of The Ruit Foundation.

In addition to initiating and developing projects in South East Asia, Simon is a thought leader on international development, NGO organisation and civil society. Simon serves on the advisory board of the Labour Campaign for International Development, and Campaign Bootcamp.

Simon is also politically engaged within the UK, having a particular interest in issues pertaining to international development, foreign policy and foreign aid. More generally, Simon is also a strong promoter of entrepreneurialism as a means of addressing economic problems within less advantaged communities and the UK as a whole. He was a former advisor to Ed Balls and the Labour Party on business, entrepreneurialism and innovation. 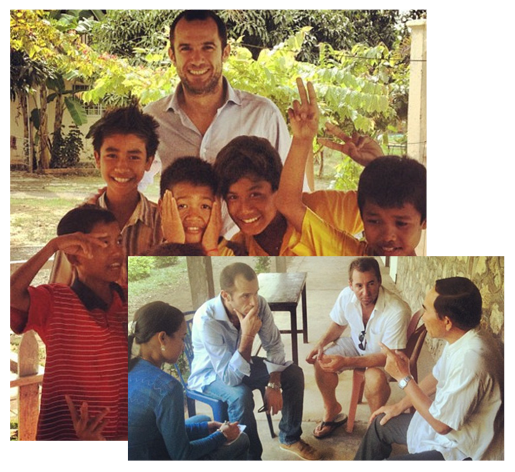 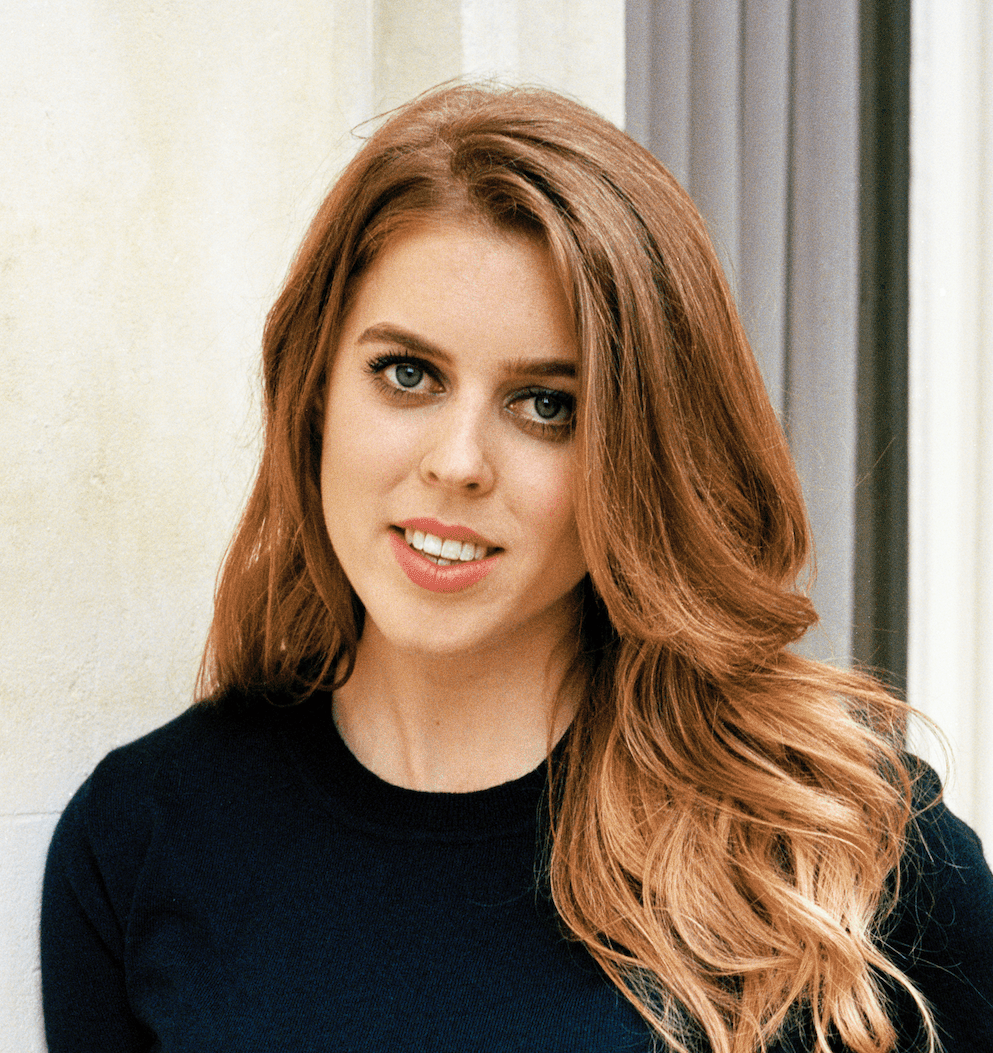 Her Royal Highness Princess Beatrice of York is a member of the British Royal family. She is the Patron of a number of organisations and focuses the majority of her charitable work around children’s welfare and education, which she does in her spare time. Princess Beatrice is a long time supporter of the the Franks Family Foundation, and has accompanied us in numerous philanthropic trips such as in Bhutan, India, Nepal, and more recently Laos and Cambodia.

Jon is a Working Peer in the House of Lords and was formerly Shadow Minister for Business, Energy and Industrial Strategy and the Shadow Minister for International Trade. He is currently a partner at Oakvale Capital LLP a corporate finance boutique advisory firm and Joint President of Norwood the leading charity supporting vulnerable children, families and people with learning disabilities. He serves on the boards of a number of philanthropic Foundations. 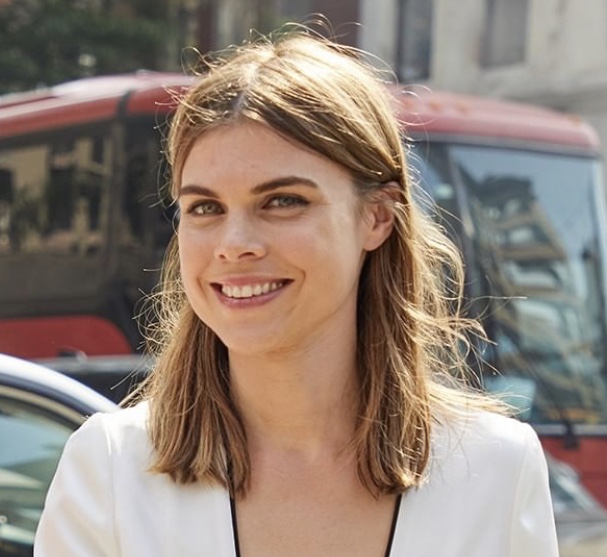 Carolyn is a successful business woman and philanthropist who is passionate about helping to create a better society for the young generation through her philanthropic work. Carolyn co-founded Galvan London, with three of her friends. She has always been involved in the charity world. She has been serving as a board member and has contributed to many fundraising projects for the Foundation’s implementing partners organization. Carolyn has joined many advocacy trips to Southeast Asia advocating for children health and children’s rights to quality education.

Founding team member of Redbus Group, Guy worked the transformation of Redbus into a diversified entrepreneurial leading entertainment UK business. Guy worked on the sale of Redbus film Distribution to Lionsgate Corp (2005) and the subsequent merger with Lionsgate Corp. He served as an executive director on all of Lionsgate group companies in the UK including all joint ventures with third parties. During Guy’s tenure Lionsgate UK has become one of the most successful entertainment businesses in Europe. Currently Guy is the Chairman and Co-Founder of Blackbox Multimedia and is a qualified solicitor.

Director and Board Member

Vanhlee holds a master’s degree in International development from Ohio University and a master of Public Health from the University of Glasgow. She has over 10 years of experience working in international development. Prior to joining the Foundation, Vanhlee worked as Programme Secretariat Manager of Scaling Up Nutrition Civil society Alliance. She also was a Programme Manager and National Gender Focal Point of World Vision. She has worked with many organizations such as Plan International, Population Service International, French Red Cross, and Oxfam. Vanhlee is also currently serving as a board member of Friends Without Borders, an organization establishing and managing two children hospitals in Laos and Cambodia.

Aarthi has been part of FFF team since 2009. She holds an MBA in finance from India and is CIMA qualified. She has 20 years of work experience Banking and Accounting in varied locations in India, Hong Kong, USA and now the UK. Aarthi also volunteers in local schools in her spare time.

Chloe holds a master’s of science in International Politics from Trinity College Dublin. She has been working at the Refugee representation department in the New York office of Human Rights First. Prior to joining the FFF, she extended her experience in Human Rights and International Development as a project coordinator at Destination Justice in Cambodia. In her spare time, Chloe is working on projects focusing on gender equality, and Women’s Rights.

Sornxay holds a master’s degree in business management from National University of Laos. she has more than 12 years of experience in administrative work and has mostly worked for charitable organizations.

Sokhema holds a master’s degree in International development from Manchester University. She is passionate about education and anti-corruption. She has been working, among others, with the UN, Transparency International Cambodia, and Teach for Cambodia.

Matt has been the head of technology for the FFF since 2013, coming from a background in IT consultancy.

Kurt has been working in the area of educational development in Southeast Asia for nearly 40 years with about 25 of those years spent in Cambodia. He holds a Master’s Degree in Education from Harvard University and speaks both Thai and Khmer. He has worked in several capacities including Chief of Party in several USAID-funded projects, Consultant, and Trainer. He has expertise in many areas including Cluster School Development, Holistic Programming Design, Student Assessment, and Educational Policy Development. He currently works as the Adviser in one of Cambodia’s largest local NGOs known as KAPE which he helped to found in 1999 and is still very much involved in its leadership. Kurt has had a close working relationship with FFF since 2015 and has provided technical expertise in the development of the Foundation’s recent New Generation School Initiative.

Bunnath holds a master’s of Education in Management and Planning from Royal University of Phnom Penh and Hubert H. Humphrey Professional Fellowship in the field of Educational Administration, Planning and Policy from Vanderbilt University which gives him critical experience in education development in Cambodia. He is an Operation Manager for New Generation School Initiative of Kampuchean Action for Primary Education and the Franks Family Foundation Bunnath was also awarded Young Southeast Asia Leader Initiative Professional Fellowship to study in short course in University of Montana. He is very passionate about Cambodian youth empowerment, which he thinks will become key actors in making a positive change within communities and the country.

Khavi holds a master’s degree in International Development from University College of London. He started working for the UN in Laos before going to the United States for a few years. There, he acquired experience working for different organizations, before moving back to Laos to work as the Head of Program of Aide et Action Laos while also teaching at the Lao-American College in Vientiane.